The five men that have everyone talking

So, the Saturday before last I had the most incredible, beautiful, amazing Intro event of my life.
Over 300 women showed up at our new Mastery venue, the French Institute, and cut loose.
New York City is still vibrating.
But that is not the half of it.
The half of it was the men!
I know, I know, you think that Mastery, and all of the programs at the School of Womanly Arts, are for women.
But there is this whole other course going on, this whole other experience, this whole other path, called the men of Mastery.
The men who the Sister Goddesses are married to, or dating, or…the men they meet and fall in love with during Mastery.
And for the first time ever, I had a panel of guys give it up on what it was like for them to experience Mastery, from their lens.
And I had so many women calling me, telling me that this was their absolute favorite part of the Intro, that I just had to share it with you.
If you ever wondered what might happen to your relationship as a result of Mastery, click on their names below to hear the recordings!
You will hear from husbands, boyfriends—even a guy who met his woman as a result of Mastery, and found there was something just different and extraordinary about her that he had to pursue… 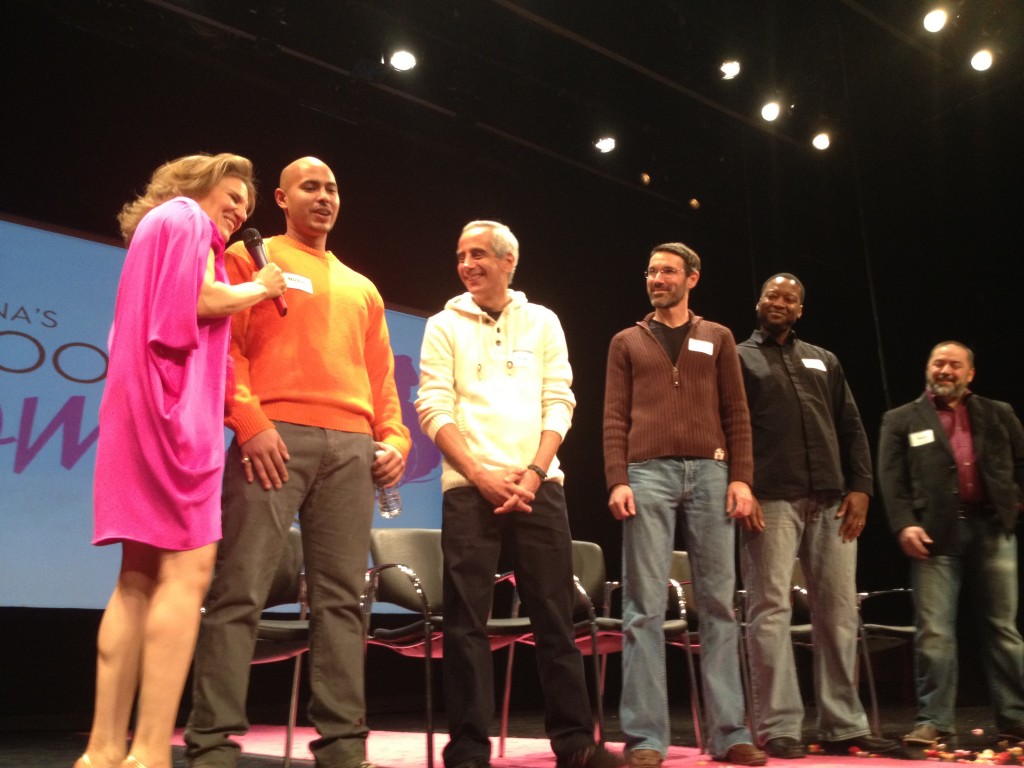 Michael on the value of the Tools

Stan on love and intimacy

Jeff on success and confidence

Shaka on marriage and happiness

Mark on dating and passion

If you prefer to read rather than listen, here is a small snippet of my interview with one of the men of Mastery.  Jeff Ommundsen is engaged to Sister Goddess Ruth Barron, a.k.a. Song Siren, our resident Mastery DJ.  They have been together for 11 years.  Jeff runs a successful Internet company, and so does Ruth…

Mama Gena: Jeff, welcome, thank you so much for being interviewed today. I want to find out, how did you get to the School of Womanly Arts in the first place?

Jeff: I actually saw you on 20/20 and I liked what I saw on the show and decided to sign up for your class for men.  At that time, you taught classes for men and women.  I also recorded it so that Ruth could see it, because she was in a very tough spot and I knew she could use it, too.

Mama Gena: Wow, what was going on at that time?

Jeff: Well at that time, Ruth was really depressed. She was recently divorced, her business was pretty much failing, the IRS was knocking at our door, she was in a huge amount of debt, and she really kind of lost faith in the world, and I would say she was in a really, really bad place.  It was a really dark time.

Mama Gena: Wow, I am so sorry.

Jeff: Yes, so after I saw you on 20/20, I had her sit down to watch it and told her that money shouldn’t be something to stop her, and that I wanted this for her, so I handed her my credit card and told her to sign up.

Mama Gena: I love that. That is so sweet of you. And how did things change for Ruth? She has been involved in the School of Womanly Arts for quite a number of years now, so what kind of changes have you witnessed?

Jeff: Well, she defiantly, very quickly came back to life; she really became a completely changed woman. She handled the IRS head on and instead of being fearful, and she even flirted with the IRS guy that came to her office.  I watched her grow as a leader, and gradually, she turned the business around, she turned herself around, and she actually became the powerful, sexy, woman that she was born to be.  I watched her really use Mastery to get herself out of a huge funk and turn her business around from the verge of bankruptcy to 8 million dollars in sales last year.

Mama Gena: Wow, that is really impressive. That is quite a growth spurt.

Jeff: Yes, and she really went from her life and her light totally dimmed—almost out—to totally lit up and turned on.

Mama Gena: Wow, and how has your relationship been impacted by Ruth’s involvement at the school?

Jeff: Well, they always say that “a happy wife makes a happy life,” and it’s pretty true. We have a fun, hot, happy household.  There are just so many different small instances where I can talk about things that are just so different now than they were before. In general our lives are much happier and our relationship is more intimate than ever.

Mama Gena: Beautiful. And what would you say to a man who’s considering signing his girlfriend or wife up for Mastery?

Jeff: Don’t hesitate. Don’t look back; you’ll be a much happier man and your woman will sparkle.

In the comments below, let me know what these men inspire in you. What are you taking away from their talks and what do you desire for your relationship life, right here, right now? And if you want to inspire another woman to take her relationship to the next level, please share this post…

TOMORROW, be on the lookout for a special post from me. I’ll be talking to a friend of mine who’s helped me make some major shifts in my business, and I want you to get a taste of her genius with our video interview…

P.S. There are five spots left in the live Man-Training Intensive I’m delivering on February 26th. The next five women who enroll in Mastery will automatically get this free seminar. For more details, call The Palace at (212) 787-2411 x1.

P.P.S. West Coast, watch out! I’m hosting not one, but TWO free, live introductions to the Womanly Arts Mastery Program, February 17-18. Get the details on my Portland event here, and my L.A. event here. 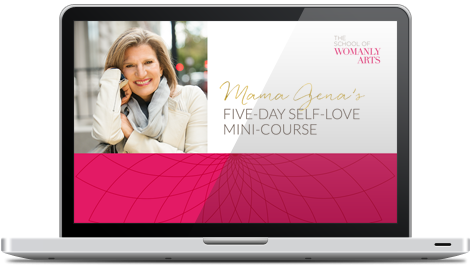