It Takes A Village

It takes a village.
All women know the truth of that.
Hilary Clinton coined this phrase when she spoke of raising of a child- and I’ve found that the same applies in raising a woman.
Yes, raising.
Raising her orbit.
Raising her income.
Raising her hopes.
Raising her expections.
Raising her eyesight, her imagination, her reach.
The Womanly Arts Mastery Program was designed intentionally to surround and support a woman as she lives in the action of creating her desires.
And it takes a village. From the women in the class- the Sister Goddess Community- to the incredible Guest Teachers I bring in- who are all pioneers in their fields- to the 30+volunteers who help produce the event- to the Big Sister Goddesses- grads who lead a group of Sister Goddesses throughout the 6 month process. There are calls, an online community, homework and tools and arts to guide and inform the unfolding process. A village. Primitive. Wild. Indigenous. And perfect.
I don’t know a more powerful village/tribe for women on this planet.
I do know that the results of this village on a woman’s soul and life are unprecedented.
Every woman deserves a village dedicated to her dreams. 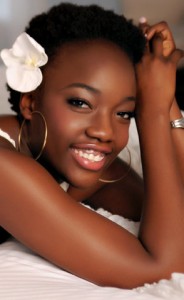 SG Yaf is an incredible example of a woman being raised by a village. How else does a woman go from bankruptcy to six figures, and creating her own foundation?

I started Mastery in the spring of 2008, two years after incurring over $50,000 in debt from my ex and filing for a Chapter 13 Bankruptcy. I had just been audited by the IRS, who were demanding tens of thousands of dollars from me, and I felt burdened by the shame and guilt of that debt.

I remember our first “swamp” exercise in Mastery, when we learned to powerfully embrace our dark feelings. I felt a ton of bricks lifted from my shoulders. And the liberation continued throughout that first weekend of Mastery. My journey toward financial recovery had begun!

I actually learned to get into agreement with my bankruptcy and realize what a genius I was for creating my debt, so that I could then create financial empowerment. Learning to swamp allowed me to release my shame and own my creative power. These moves saved my life! I was anew! Bills to pay—yes! But no more fear of interest and collection calls.

Mastery also gave me access to an array of pioneering guest speakers: leaders in the fields of women and money, sensuality, health and love. Without Mastery, I might never have met Barbara Stanny, a.k.a. The Money Goddess! This magnificent woman taught us about the relationship between pleasure and finances and the true meaning of financial empowerment. It was through exposure to her work with six-figure women that I realized I wanted to become one myself!!!!

Throughout Mastery, I benefitted not only from the work of Mama and her guest speakers, but also from the example of so many other powerful and successful women around me who were creating wonderful lives. During graduation, SG Ruth revealed that she used the tools of Spring Cleaning and partying with money to increase abundance into her life! I immediately spring cleaned for 30 days on money, and it has since become nearly a daily practice. My relationship with money flourished as I began to consciously honor it.

But I was still working long hours with little savings and desiring a better job that I did not believe I could have. SG Alice would lovingly tease, Sure, stay there and keep working for nothing! It hurt but I knew she was right. So one day I decided to organize my very first Jewelry Trunk Show! The support of my sisters was overwhelmingly beautiful. Seeing their belief in me ignited my desire for greatness, no matter what it took! I walked from 47th St down to SoHo repeating my “womantra,” I believe in myself! I am enough!!! Having a successful event showed me my own power. I could now submit my resignation. I asked my Sister Goddesses to send their juice! I knew my sisters were there for me, so what was the worst thing that could happen? I was done working for nothing and having no life!!!

When I told my boss I was resigning, he offered to double my salary! Because I was standing for my value and my abilities, I didn’t even have to ask for it! I decided to continue with the company and become a six-figure woman! And it was the Womanly Arts and the work of another guest speaker that Mama brought in, Jill Rogers, that helped me to see my boss as more than just a boss. Her Seven Sacred Steps of Extraordinary Loving have altered my life.

Yet once again, I still felt unhappy. I felt I had to choose between time and money! But Mama had taught me well; I wanted to go from good to great! I kept up with the spring cleaning and decided to become a licensed real estate agent. This was a way to test my skills in a different arena that I felt might be able to provide me with time AND money. And I wanted to spend a lot of my time with a special someone…

At the end of my first Mastery I met a man that I really liked. He lived outside the US so time was truly of the essence. Armed with renewed strength and confidence, six months after I had been offered a higher salary, I visited my boss and resigned again (my favorite new negotiating tool). I thanked him for the opportunity to work with him for so many years and acknowledged him for all the gifts he had given me.

I brag that he offered I become a share partner in the company and earn ten percent of the annual sales with a guaranteed minimum earning in the six figures. The possibilities here are endless!

I further brag that I am the founder of ASB Foundation, named after my father, Amette Saloum Boye, and our website just went live a few days ago. This foundation supports the children of lepers in Koutal, Senegal by giving them the gift of being kids. This is a dream-come-true for me, as I desire to make millions, save millions, invest millions, and give millions!

I have no doubt in my mind that without the tools, incredible teachers, and women I met in Mastery, that none of this would have happened.

I am so grateful!

It takes a village.
And it takes filled-up, pleasure-filled, empowered women to raise children, run companies, lead countries, and change the world.
It begins with you, and we’re here to support your biggest brightest vision of yourself- and then expand you even past that!

The only Mastery this year kicks off in just one week. (click here for the schedule)
Enrollment closes on Wednesday, March 2nd at 5pm EST.
ENROLL ONLINEor call 212-787-2411 x1.